The FDNY Foundation is proud to have joined the FDNY to honor the work of the Department’s EMS members during National Emergency Medical Services (EMS) Week 2016.

“Our members respond to roughly medical 4,000 calls a day. That’s 4,000 people in need of our help and 4,000 times a day that EMTs, Paramedics and Firefighters respond to make a difference,” said First Deputy Commissioner Robert Turner. “As our 2016 EMS Poster says, they are ‘Called to Care,’ and we are all very proud of the outstanding care they provide. The enormous responsibility of providing pre-hospital care is one our Department is proud to own.”

“Our members carry on a proud tradition. For 150 years, FDNY members have been bravely responding to every call for help that has come our way,” said Chief of Department James Leonard. “Two decades ago, that mission expanded significantly when the Emergency Medical Service merged with the FDNY. From that moment on, through the incredible work of our Paramedics, EMTs and Firefighters, countless lives have been saved.”

The American College of Emergency Physicians designated May 15-21 as National EMS Week in an effort to bring together local communities of emergency medical personnel to recognize and honor those people who provide day-to-day lifesaving services on the medical front line.

Making this year’s EMS Week particularly special for the FDNY: the Department is marking the 20th anniversary of the merger between the New York City Health and Hospitals Corporation Emergency Medical Service and the Fire Department of New York.

The two groups officially merged on March 17, 1996, making the FDNY the largest department-based provider of emergency medical care in the country. The FDNY has more than 4,000 Paramedics, EMTs and Officers who respond to medical emergencies 24-hours a day as part of the busiest emergency medical service in the world.

On Wednesday, thirteen patients who survived cardiac arrest were reunited with the Paramedics, EMTs, FDNY EMS Officers, Firefighters, bystanders and other first responders who helped to save their lives as a part of the Annual Second Chance Ceremony at the FDNY Training Academy on Randall’s Island. Over the course of its history, the ceremony has reunited more than 200 survivors with FDNY members who saved their lives.

This year, the FDNY’s life safety initiatives are reaching new audiences around the world thanks to a new digital magazine. The Foundation is publishing the FDNY Pro EMS Digital Magazine, which is a part of the new www.fdnypro.org. FDNY Pro is now home to a revamped digital WNYF (With New York Firefighters) Magazine and serves as an information center, allowing the Department to share its expertise, knowledge, training and experiences to fire and life safety professionals worldwide.

“The FDNY’s thousands of EMTs and paramedics are on the front lines, 24 hours a day, seven days a week, 365 days a year,” said FDNY Foundation Board Member Robert Tucker. “We are honored to celebrate their service this week, and we are grateful to them every day.”

You can join the FDNY EMS 20th Anniversary celebration by purchasing official FDNY EMS gear at fdnyshop.com, where the proceeds from your purchase go directly to supporting these critical life safety initiatives. A special edition patch was designed by FDNY EMT Joseph Dantuono of Station 54 in Queens to commemorate the anniversary.

"Our members respond to roughly medical 4,000 calls a day. That’s 4,000 people in need of our help and 4,000 times a day that EMTs, Paramedics and Firefighters respond to make a difference. “As our 2016 EMS Poster says, they are 'Called to Care,' and we are all very proud of the outstanding care they provide. The enormous responsibility of providing pre-hospital care is one our Department is proud to own." 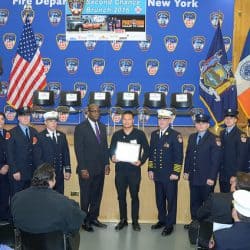 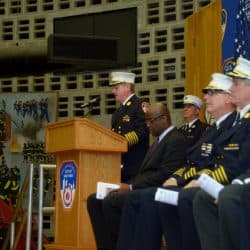 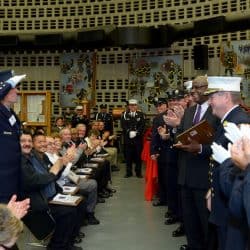 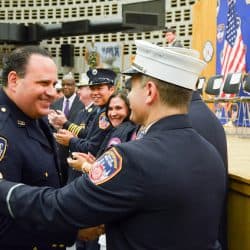 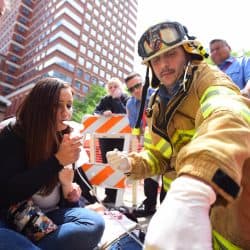 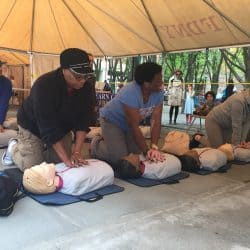 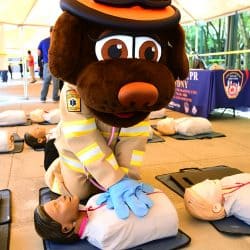 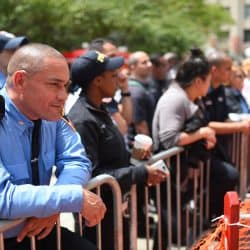 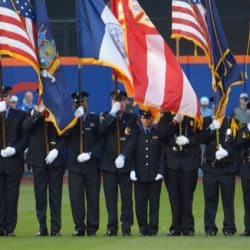 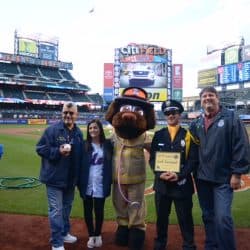