The FDNY and FDNY Foundation celebrated the launch of a first-of-its-kind FDNY Calendar of Heroes on Fri., April 15 at Herald’s Square Plaza in Manhattan.

“I’m proud that the 2017 is the first calendar the Department has produced which truly represents all of our heroes,” said Fire Commissioner Daniel Nigro. “The men and women who risk their lives as Firefighters, EMTs and Paramedics every day to keep New York City safe.”

For the first time ever, FDNY EMTs and Paramedics are included among the calendar models.

“Being featured in the calendar is important to me because the proceeds fund community safety initiatives,” said FDNY EMT Michelle Campbell and the FDNY model for the month of May. “I also love that the calendar shows how strong fire and EMS is together, how great a team we can be.”

“As an EMT, I get to respond to 911 calls and help people when they need it most. I love my job,” said Matthew Herzog, FDNY EMT from Station 8 in Kips Bay and the FDNY model for the month of August. “I get to work with great people every day and I’m happy to be a part of the Calendar of Heroes because it’s all for a great cause.”

As a part of the annual event to release the Calendar, FDNY members featured in the calendar were on hand to greet fans and sign photos at Herald’s Square Plaza.

“I did this for my mom,” said Kamaal Tomlin, FDNY Firefighter from Engine 255 in Brooklyn and the FDNY model for the month of September. “She’s a single mother, she raised four of us and I wanted to give her another reason to be proud of her son.”

“I love being a Firefighter, I’m very proud of my job. Being able to help the community is incredibly rewarding,” said Jennifer Quinones, FDNY Firefighter from Engine 286 in Queens and the FDNY model for the month of January. “I started my career in the FDNY with EMS, I was an EMT and then a Paramedic, and I’m honored to be in the first calendar that features members from both EMS and fire, as well as women.”

The FDNY 2017 Calendar of Heroes is the only official calendar of the New York City Fire Department. All proceeds from the sale of the calendar go directly to the FDNY Foundation and allow the Foundation to promote fire and life safety education for residents and visitors to New York City, as well as to provide professional development, training and education for members of the FDNY. In 2016, the FDNY Foundation funded community outreach events which brought fire safety education programs and CPR training to more than 740,000 New Yorkers.

“This exciting event allows us to celebrate the incredible, life-saving work of all of the members of the FDNY,” said FDNY Foundation Chairman Stephen Ruzow. “This year, we are particularly proud that the Calendar features both the men and women of the FDNY, as well as members of FDNY EMS. This Calendar allows the FDNY to reach such a wide audience with messages of fire and life safety and it is fitting that it now represents all of the heroes who make up the Greatest Fire Department in the World.”

Each month on the calendar brings a fire and life safety message ensuring that each person who purchases the calendar can remain safe all year long. Additional FDNY safety information is available any time at FDNY Smart.

Be a part of history and order your copy of the 2017 FDNY Calendar of Heroes by clicking here.

"I love being a Firefighter, I’m very proud of my job. Being able to help the community is incredibly rewarding. I started my career in the FDNY with EMS, I was an EMT and then a Paramedic, and I’m honored to be in the first calendar that features members from both EMS and fire, as well as women." 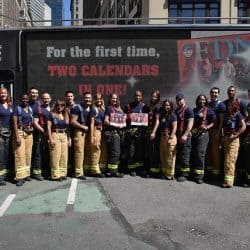 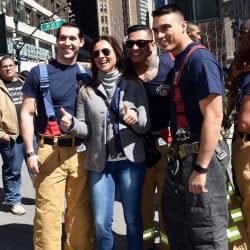 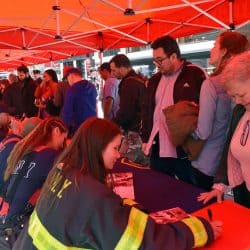 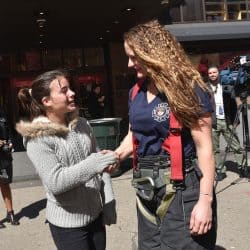 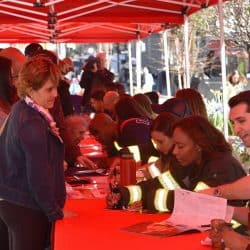 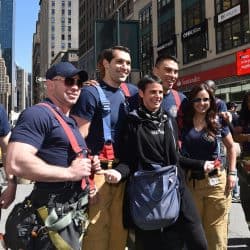 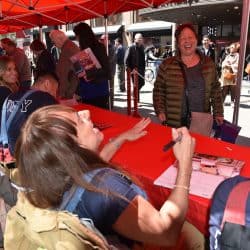