The FDNY is getting some support from some of the world’s greatest superheroes as a part of the celebration of the Department’s 150th anniversary and this year’s New York Comic Con.

An exclusive line of superhero-inspired FDNY helmets is set to be auctioned off at a charity event on Sat., Oct. 10 at the Javits Center in New York; the auction will raise money for the FDNY Foundation.

The helmets were designed by the industry’s leading comic book artists including Marvel’s Chief Creative Officer, Joe Quesada, as well as Damion Scott, Kaare Andrews, Walt Simonson and others. The helmets were officially unveiled during a “This Week in Marvel” podcast at Discovery Times Square on Tues., Oct. 6 as a part of an exclusive New York Super Week Event. The helmets are on display in Artist Alley at the Javits Center during New York Comic Con, running from Oct. 8-11.

“Helmets are essential tools for the brave work our Firefighters, Paramedics and EMTs have performed for 150 years.  They are not only used for the safety of our members, they are also enduring symbols of the FDNY,” said Fire Commissioner Daniel A. Nigro.  “Now, thanks to our partners at Marvel and New York Comic Con, these helmets have been reimagined with artwork of iconic superheroes, raising funds for the FDNY Foundation to help the Department protect all New Yorkers.”

The majority of the helmets will be auctioned off; the helmets that are not auctioned off at the event will be available for auction at the ReedPOP Supply Co eBay account from Oct. 19-23. All of the money raised will go to the Foundation, which supports the life-saving mission of the FDNY.

“The FDNY Foundation is grateful and excited to be working with our friends at Comic Con and Marvel as the FDNY marks its 150th anniversary,” said FDNY Foundation Executive Director Jean O’Shea. “Comic Con and Marvel are helping us to bring awareness to fire and life safety education and the funds raised by these helmets will help support the critical, life-saving mission of the FDNY.”

The iconic artists behind the helmets used inspiration from some of Marvel’s greatest heroes. Quesada – who was the creative force behind “Heroes,” a historic tribute book featuring Marvel superheroes in the wake of the 9/11 terrorist attacks – created a Captain America-inspired helmet featuring his iconic shield. Scott used Spider-Man for his helmet design, full of the character’s blue and red.

“We are thrilled to have formed this dynamic partnership between fictional and real-life superheroes,” said Christina Rowley, Director of Licensing at NYC & Company. “Through this meaningful collaboration, Comic Con is making New York’s Bravest part of one of the most talked-about pop culture events in the world on the 150th anniversary of the department’s heroism.”

“We are very used to celebrating heroes at New York Comic Con, but they’re the fictional kind,” said Lance Fensterman, Global Senior Vice President of ReedPOP, producers of New York Comic Con and New York Super Week. “The fact is, the city’s bravest do reside in New York City – and they aren’t fictional superheroes – they are the real deal and they’re the FDNY.”

Also, stop by the FDNY Shop inside the FDNY Fire Zone at Rockefeller Center with your New York Comic Con ticket stub and get 15% off your purchase.

"We are very used to celebrating heroes at New York Comic Con, but they’re the fictional kind. The fact is, the city’s bravest do reside in New York City – and they aren’t fictional superheroes – they are the real deal and they’re the FDNY." 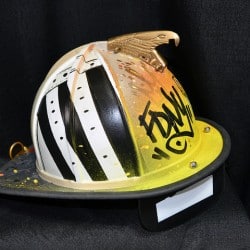 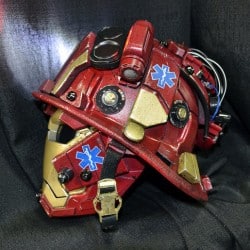 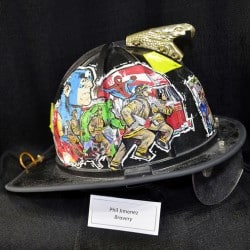 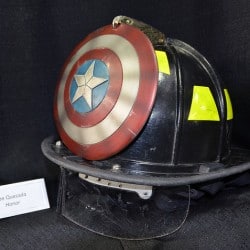 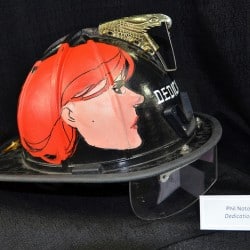 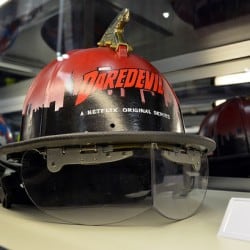 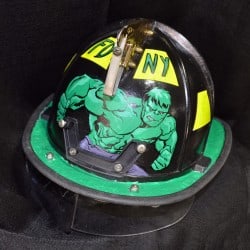