Mayor Bill de Blasio and Fire Commissioner Daniel Nigro joined representatives from the FDNY, the FDNY Foundation and elected officials across the city on Tues., Dec. 16 to announce plans for the Department’s 150th Anniversary, which will be marked in 2015.

The Mayor and Commissioner officially unveiled the new 150th Anniversary logo, as well as the FDNY commemorative patch.

The yearlong 150th anniversary celebration will partner the FDNY with the FDNY Foundation, as well as NYC and Company, and will include special FDNY involvement at parades, festivals, sporting events, concerts and attractions around the city.

The FDNY Foundation will fund special community events marking the 150th anniversary, and will continue to fund the FDNY’s fire and life safety public education programs.

“We are proud to partner with the FDNY Foundation – and our friends at NYC and Company – to celebrate this important milestone,” said Commissioner Nigro. “The FDNY Foundation is critical to funding the educational efforts that keep our fire deaths down, despite the record number of emergencies.”

“As the Mayor and Commissioner both noted, the FDNY is always looking to improve and is constantly moving forward,” said FDNY Foundation Chairman Stephen Ruzow. “We at the Foundation are proud to play an important role in the Department’s ability to continue to educate New Yorkers about fire safety and to help them celebrate their 150th year.”

“Through Foundation-funded community events, the doors of our firehouses will be open to communities around the city,” said FDNY Foundation Executive Director Jean O’Shea. “It’s a great privilege to be able to celebrate the Department in this way and to continue to reach so many through our educational programs.”

The Mayor and Commissioner also reported on the preliminary statistics of the FDNY for the calendar year 2014, including that Fire and EMS emergency responses were at their highest levels in Department history, exceeding 1.6 million.

The Commissioner noted that in 1970 – his first full year with the FDNY – hundreds of people died every year in fires, but said that while there have been a record number of incidents, fires and fire deaths remain at historic lows in the city. Thus far, there have been 68 fire-related deaths in the city, capping off a record low five-year period in the Department’s history.

“That’s a testament to the brave and dedicated work of our Firefighters, Paramedics, EMTs, Fire Marshals, Inspectors and civilians who are absolutely committed to the safety of our city,” said Nigro, “And a large part of how we accomplish our mission is through education and community outreach.” 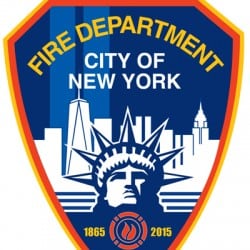 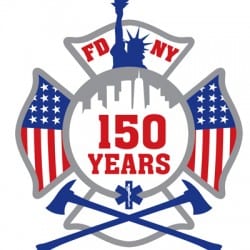