EMS Week is designed to give the FDNY and agencies around the country the opportunity to recognize the pre-hospital care professionals within their organizations.

In New York City, the week also aimed to promote public safety, attract potential EMS recruits and celebrate the life-saving efforts of the more than 3,000 members of the Department’s Emergency Medical Service.

As a part of National EMS Week, the FDNY joined with the FDNY Foundation to introduce the official FDNY Life Safety mascot, Siren. Learn more about Siren here!

The week began with the FDNY and FDNY Foundation hosting the third annual Medical Special Operations Conference. The annual conference serves as a venue for military, federal, state and local medical operators and planners to share their experiences. The conference also provides an opportunity to learn from other stakeholders and experts in the field on how to improve the response framework within the medical special operations community.

On Wednesday, Fire Commissioner Daniel Nigro presided over the 21st annual Second Chance Ceremony at the FDNY Training Academy on Randall’s Island. The event reunited eleven patients, all of whom survived cardiac arrest, with the Paramedics, EMTs, FDNY EMS Officers, Firefighters, bystanders and other first responders who helped to save their lives. Over the course of the last twenty years, the ceremony has reunited more than 200 survivors with FDNY members who saved their lives.

“Each of the survivors we welcome for this wonderful ceremony to celebrate National EMS Week 2015 would not be with us if not for the calm, professional response that is a hallmark of FDNY EMTs, Paramedics and Firefighters,” said Commissioner Nigro. “More than 1.6 million times last year alone, FDNY members responded to emergencies; bringing their life-saving training to those who needed it most.”

Five of the survivors received cardiopulmonary resuscitation (CPR) from bystanders before on-duty FDNY members arrived. Immediate CPR, coupled with defibrillation within the first few minutes after sudden cardiac arrest, can greatly increase a victim’s chance of survival. This year, thanks to support from the FDNY Foundation and NYC Service, the FDNY Mobile CPR Training Unit trained its 100,000th person to perform bystander CPR. To learn more about the Be 911 Compressions Only CPR Program, click here.

Also on Wednesday, the FDNY and FDNY Foundation joined with Fairway Market to host the FDNY EMS Week BBQ Contest, which pitted up to 20 teams of EMTs, Paramedics and Firefighters against one another in a barbecue contest.

To wrap up the week of events, the Department held an EMS competition at FDNY Headquarters on Thursday.

“It’s an honor to celebrate the thousands of members of the FDNY’s Emergency Medical Service,” said FDNY Foundation Board Chairman Stephen Ruzow. “These EMTs and paramedics are on the front lines, 24 hours a day, seven days a week, 365 days a year and we are so grateful to them for their service and for keeping New Yorkers, visitors and those who work in New York City safe.”

In 1996, the New York City Health and Hospitals Corporation merged with the FDNY, creating the FDNY Bureau of EMS. Today, the FDNY is the nation’s largest municipal EMS agency.

"Each of the survivors we welcome for this wonderful ceremony to celebrate National EMS Week 2015 would not be with us if not for the calm, professional response that is a hallmark of FDNY EMTs, Paramedics and Firefighters. More than 1.6 million times last year alone, FDNY members responded to emergencies; bringing their life-saving training to those who needed it most." 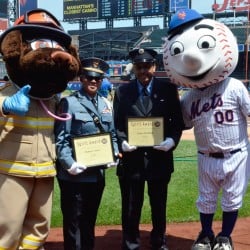 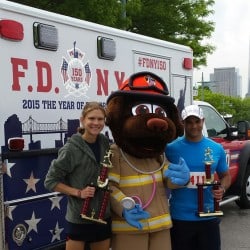 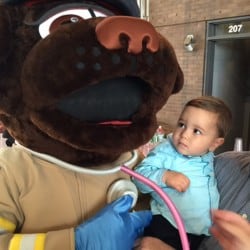 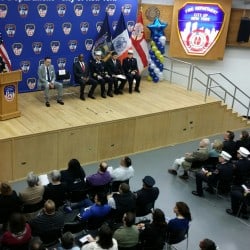 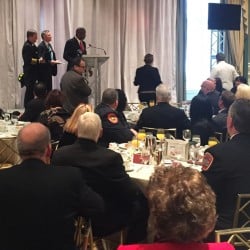 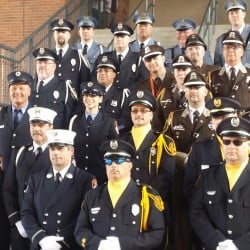 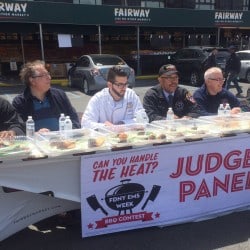