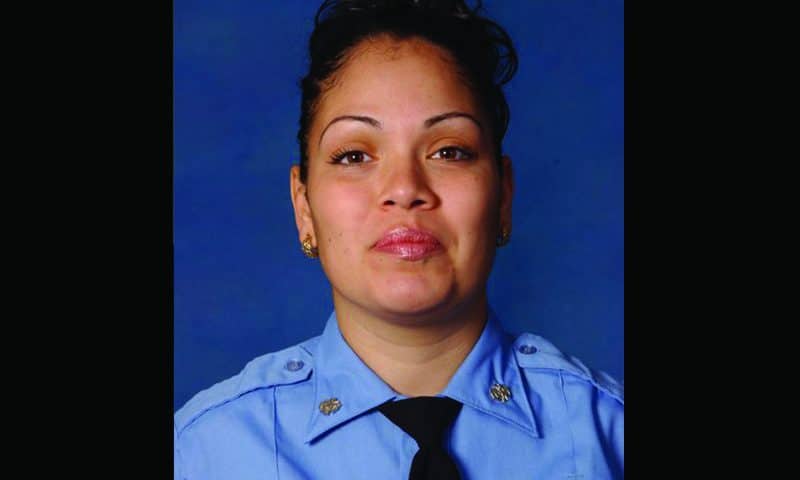 The FDNY Foundation joins the FDNY in mourning the loss of Emergency Medical Technician Yadira Arroyo, who was killed in the line of duty on the night of March 16th.

Arroyo was appointed to the FDNY as an EMT in August of 2003 and was assigned to EMS Station 26 in the Bronx, where she has served for 14 years.

EMT Arroyo and her partner, EMT Monique Williams, were responding to a 911 call shortly after 7 p.m. when passersby alerted them there was a male riding on the rear bumper of their ambulance. When they stopped at the intersection of Watson Avenue and White Plains Road to investigate and exited the ambulance, the male entered their vehicle drove it, running over EMT Arroyo and fatally injuring her. EMT Arroyo was working an overtime tour last night at Bronx Station 3 when she was killed.

“We lost a brave woman who was answering the call for help as she has for the past 14 years,” said Mayor Bill de Blasio. “Our EMTs perform critical work to save lives every day in uncertain situations like this one. The City of New York remembers her courage and commitment to service amidst tragedy alongside the FDNY family.”

“Our members are faced with challenges every day and unfortunately at times – tragedy strikes,” said Commissioner Nigro. “EMT Arroyo was a committed veteran of the Department responding to serve the community she resides in. We stand together as one with the Arroyo family and each and every member of our Department to remember her courage and sacrifice for the City of New York.”

EMT Arroyo, who lived in the Bronx, is survived by her five sons, Jose Montes, 23; Edgar Montes, 22; Kenneth Robles, 19; Justin Robles, 16; and Isaiah Negron, 7; her parents, mother Laida Acevedo-Rosado and father Luis Arroyo, Sr.; her siblings Joell Arroyo and Luis Arroyo, Jr.; and numerous other relatives, including her stepfather Efrain Rosado and nine aunts and uncles.

Donations in her honor can be made to the EMT Yadira Arroyo Children’s Fund by clicking here and selecting the fund in the drop down menu.