FDNY Foundation Donates $25,000 to Scholarship Fund for Children of Firefighter Christopher A. Slutman

FDNY Foundation Donates $25,000 to Scholarship Fund for Children of Firefighter Christopher A. Slutman 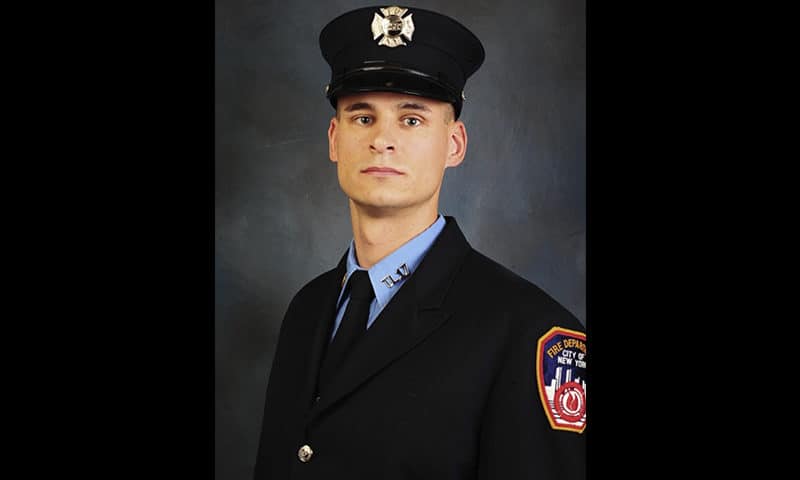 Mayor Bill de Blasio and Fire Commissioner Daniel A. Nigro today announced the death of Firefighter Christopher A. Slutman, 43, of Ladder Company 27 in the South Bronx. Firefighter Slutman, a 15-year veteran of the Department, died as a result of injuries sustained while on active duty in Afghanistan, while serving in the United States Marine Corps on Monday, April 8. The FDNY Foundation has contributed $25,000 to a scholarship fund for the children of Firefighter Christopher A. Slutman.

The FDNY Foundation has set up a scholarship fund for Firefighter Slutman’s three daughters. Please click here to donate: https://www.fdnyfoundation.org/donate/

“Firefighter Slutman bravely wore two uniforms and committed his life to public service both as a New York City Firefighter and as a member of the United States Marine Corps,” said Commissioner Nigro. “The hearts and prayers of the entire Department are with his loved ones and with the families of his fellow service members who lost their lives in service to our nation.”

Firefighter Slutman is the 1,152nd member of the Department to make the Supreme Sacrifice in the line-of-duty.

Firefighter Slutman is the fourth FDNY member to die while serving in Iraq and Afghanistan since U.S. military action commenced in 2003.

Firefighter Slutman is survived by his wife, Shannon, and their three young daughters.