It is one of the most highly anticipated events of the year for the FDNY and the FDNY Foundation: the official release of the Calendar of Heroes.

The FDNY and the FDNY Foundation released the only official calendar of the FDNY in partnership with Hard Rock Cafe at the Hard Rock Cafe New York on Wed., July 29. This year, the release of the calendar was a part of the yearlong celebration of the 150th anniversary of the FDNY. The cover features Firefighter Jamah Figaro of Ladder Company 22 in Manhattan, in front of the FDNY 150th Anniversary Fire Truck.

The calendar features 13 of the city’s firefighters from across all five boroughs, as well as a fire and life safety tip for each month.

“It’s both a blessing and an honor, especially for this anniversary year for the Department. It’s a great time to participate in the calendar with the Foundation,” said Firefighter Figaro. “And we are coming off a June that was fatality-free, so we know these Foundation programs are working, thanks to their hard work and the work of the brave men and women of the Fire Department.”

“It’s a good time and it’s great to help the Foundation,” said Blaise Major, Squad 288 in Queens and May Firefighter. “The Foundation brings so much support and that makes our job so much easier. This calendar and these fire and life safety programs could help anyone at any time.”

“I’ve gotten to meet some of the guys who are into the same things, staying in shape and making sure people are getting these safety messages,” said December Firefighter, William Moore of Ladder 127 in Queens. “I grew up in Queens and I get to work where I grew up. I see in my work that we are spreading educational messages and teaching people to keep themselves safe. The calendar helps us reach even more people with those messages.”

As a part of the annual event, firefighters featured in the calendar were on hand to greet fans and sign photos at Hard Rock Cafe.

“Hard Rock Cafe New York is proud to partner with the FDNY for the launch of its highly-anticipated 2016 Calendar of Heroes and honor the brave work of New York City’s first responders,” said John Pasquale, Director of Sales and Marketing for Hard Rock Cafe New York. “It made perfect sense to us to host the celebration at a location as iconic as Hard Rock Cafe in Times Square as we recognize the FDNY members who keep our city safe.”

“I came to see some beautiful men and to support the FDNY,” said Hailey Nevins, who attended the event. “And the calendar has safety tips that we don’t know off the top of our heads all the time, so they’re great reminders for everybody.”

Proceeds from sales of the calendar go to the FDNY Foundation, which works to promote fire and life safety education for residents of New York City and to provide professional development, training and education for FDNY members. The FDNY Foundation funds educational programs which train more than 600,000 New Yorkers each year and free CPR classes which have trained more than 100,000 New Yorkers.

“We look forward to this annual event because it allows us to celebrate the tireless work of all of the members of the FDNY,” said FDNY Foundation Chairman Stephen Ruzow. “It also allows us to reach a broad audience with the FDNY’s messages of fire and life safety. Each month highlights one of the brave members of the FDNY, as well as offering a tip to keep everyone safe year-round and remind them of the simple steps they can take to keep themselves safe.”

“Fire Safety education has helped bring fire deaths in New York City to historic lows,” said FDNY Foundation Vice Chairman Robert Zito. “We are so proud of our FDNY members. This is a fun way to spotlight the work that they do and to share life-saving fire and life safety lessons.”

You can order your copy of the 2016 FDNY Calendar of Heroes here!

"It's both a blessing and an honor, especially for this anniversary year for the Department. It's a great time to participate in the calendar with the Foundation. And, we are coming off a June that was fatality-free, so we know these Foundation programs are working, thanks to their hard work and the work of the brave men and women of the Fire Department." 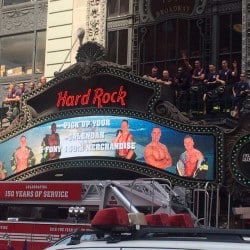 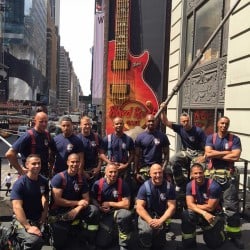 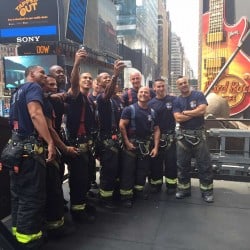 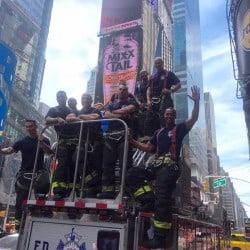