The FDNY Foundation hosted its 20th annual Dinner at the New York Hilton in Manhattan on Wednesday, May 13.

The evening brought together a record-number of guests, who joined with high profile honorees to celebrate the FDNY Foundation, as well as the 150th anniversary of the New York City Fire Department.

“On a wonderful night like this, it is especially moving to be surrounded by so many who not only appreciate the brave work our members do; you offer generous financial support that helps our Firefighters, Paramedics and EMTs perform their sworn duty and maintain our reputation as the best Fire Department in the world,” said Fire Commissioner Daniel Nigro. “Knowing that we have a force like the Foundation that we can turn for help in our life-saving mission is inspiring.”

“This year in particular, the Foundation has been heavily involved in the commemoration of the anniversary of the Department we all love – helping us celebrate with the people we serve,” said FDNY Chief of Department James Leonard. “On May 2nd, when we welcomed New Yorkers into our firehouses and EMS stations, our members were able to spend time with children and families from every community in our city. We reached tens of thousands of people, showing them the history of the FDNY and demonstrating for them why we love this Department. Most of all, we showed them how to be safe.”

The Foundation honored Chairman and Chief Executive Officer Lloyd Blankfein on behalf of the Goldman Sachs Group, Inc. with the FDNY Humanitarian Award.

“Under the leadership of its Chairman and Chief Executive Officer, Lloyd Blankfein, Goldman Sachs has committed funding to the important programs that impact New Yorkers each and every day,” said Commissioner Nigro. “From donations to our fire safety education unit which delivers information to 600,000 New Yorkers each year to crucial funding toward our Mobile CPR Training Unit which has taught more than 100,000 New Yorkers including thousands of High School students, Goldman Sachs in helping to improve the lives of people throughout our city.”

Accepting the award, Blankfein praised the dedication and service of the members of the FDNY.

“The people who work for the FDNY really believe in the mission, as they should,” he said. “The FDNY is one of the most important institutions in the social fabric of New York City.”

Also honored during the program: the FDNY’s Bureau of Operations, which received the FDNY Service Recognition Award.

The Bureau of Operations is comprised of more than 13,500 Firefighters, EMTs and Paramedics who respond to more than four thousand emergencies throughout the city every day. Last year, they responded to a record high 1.6 million emergencies.

The award was accepted by FDNY Chief of Operations John Sudnik and Chief of EMS James Booth. They were joined on stage by representatives from the nine Fire Divisions, five EMS Divisions and the FDNY Special Operations Command, FDNY members from every rank.

“The men and women from our Bureau of Operations risk their lives and go into harm’s way for our city 24 hours a day,” said Chief Leonard. “They are on the streets of all five boroughs continuing to respond to fires, medical calls and many other serious emergencies happening throughout the city. When those calls come in, they respond to help.”

The FDNY Service Recognition Award also went to the FDNY Mobile CPR Unit. The unit has trained more than 100 thousand New Yorkers in compressions-only CPR. The members of this unit fan out across the city to offer free instruction at street fairs, community centers, offices and as a part of special events.

The school was chosen for showing a deep commitment to teaching its students how to keep themselves safe in emergency situations, as well as teaching them to be ambassadors for delivering safety messages to their families and peers.

There are 1,338 students in grades K-8 and 100 staff members, including 70 teachers and 30 support staff members, who make up the community of the school.

“It’s not only an honor to receive this award, it’s so important to get our students to understand fire safety,” said Principal Maritza Williams Jones. “Every child that understands fire safety means another life potentially saved.”

WABC-TV’s Bill Ritter served as emcee for the evening. Ritter is a longtime friend of the FDNY and has worked extensively on Operation Save a Life, a fire safety television program produced by WABC. Ritter has hosted the campaign since 1999 and has played an integral role in educating consumers and raising awareness about the dangers of fire safety and carbon monoxide poisoning.

“The New York City Fire Department is committed to saving lives and they respond to thousands of calls each and every day,” said Ritter. “The FDNY is one of the reasons we can call New York City the best city in the world, and why we are the safest big city in the country.”

The event raised a record $2.1 million for the Foundation, which supports FDNY fire and life safety education efforts, as well as education, training and equipment for members of the FDNY.

“The money we raise allows us to support the FDNY’s critical fire safety education program that helps to reach more New Yorkers and those people most vulnerable to fire,” said FDNY Foundation Board Chairman Stephen Ruzow. “It gives the FDNY the opportunity to create new programs, like the ‘BE 911 Teens Take Heart’ program, that offers training in bystander CPR to students across the city. Programs like these are changing lives, and we know, saving them, as well.”

“The men and women who make up the FDNY have made it the greatest fire department in the world,” said FDNY Foundation Executive Director Jean O’Shea. “It is our great privilege to support the life-saving work they do and we are grateful for the opportunity each year to celebrate all of our generous friends and partners who make that support possible.”

The evening marked the official unveiling of the FDNY Foundation-published commemorative book, marking the Department’s 150th anniversary. The book, entitled “FDNY 150, Celebrating the Past, Present and Future,” is available for purchase here. All book proceeds support the Foundation and its ongoing mission to make the city safer.

While the evening recognized the unmatched history of the FDNY, as well as the brave work of its members, it was also an opportunity to look to the future.

“Our work does not end tonight,” said Ruzow. “We must keep expanding these programs, reaching new audiences and keeping more people safe.”

“We must all work together to make certain New York City remains the safest big city in the world,” said Commissioner Nigro. “Together, we can better protect New York.”

"The people who work for the FDNY really believe in the mission, as they should. The FDNY is one of the most important institutions in the social fabric of New York City." 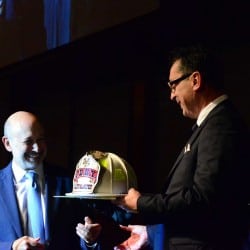 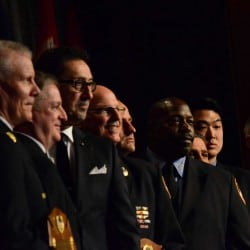 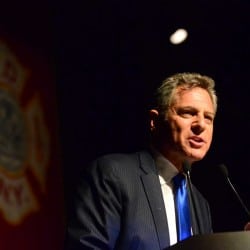 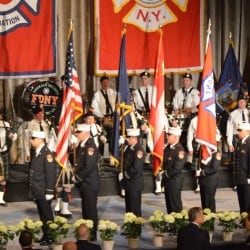 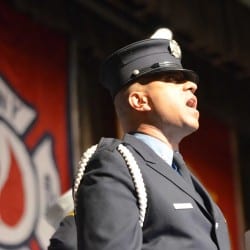 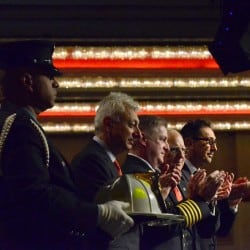 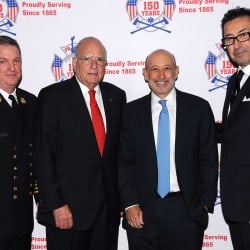 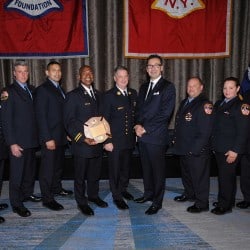