The visits were a part of WWE’s celebration of the FDNY’s 150th anniversary. WWE is helping the Department to mark the milestone year by releasing a limited edition WWE/FDNY commemorative shirt. Some proceeds from the sales of the shirt will benefit the FDNY Foundation, which supports the FDNY’s life-saving mission and educational programs.

“We are so grateful to WWE for celebrating our 150th anniversary this way,” said Fire Commissioner Daniel Nigro. “It is an exciting way for the Department to reach new audiences and spread our message of fire and life safety to the millions of WWE fans around the world.”

During their visits to FDNY firehouses, WWE Superstars also promoted the company’s fundraising efforts for Answer the Call: the Police and Fire Widows and Children’s Fund that lends support and financial assistance to those who lose a loved one in the line of duty. WWE’s Answer the Call initiative offers unique experiences that fans can bid on donated by WWE’s talent as well as some of Hollywood’s biggest celebrities.

“As part of SummerSlam Week in the great city of New York, WWE was proud to partner with the FDNY to celebrate 150 years of exemplary service to the citizens of the Big Apple,” said WWE Executive Vice President, Special Events John P. Saboor. “These brave men and women put their lives on the line daily to protect others, many of whom have made the ultimate sacrifice. For that reason, WWE embarked on a fundraising campaign to support their families when the unthinkable happens.”

“It speaks to the generosity of WWE that they are partnering with the FDNY to release a limited edition shirt, which will help the Foundation continue to fund critical FDNY programs,” said FDNY Foundation Executive Director Jean O’Shea. “They are also providing support to members of the FDNY and the NYPD who have lost a loved one in the line of duty, and that support is immeasurable.”

WWE’s “Answer the Call” was a part of their community outreach initiatives to celebrate SummerSlam, WWE’s largest event of the summer which took place on Sun., Aug. 23 at Barclays Center in Brooklyn.

"We are so grateful to WWE for celebrating our 150th anniversary this way. It is an exciting way for the Department to reach new audiences and spread our message of fire and life safety to the millions of WWE fans around the world." 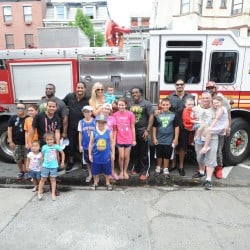 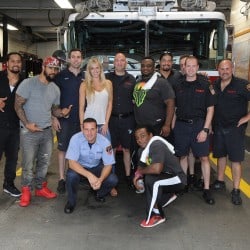 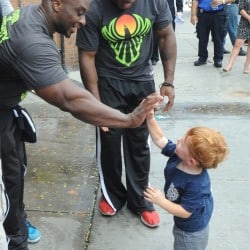 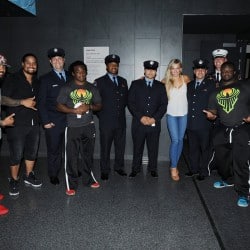 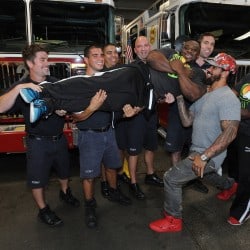