Spotlight on: Robert Zito, Vice-Chair, FDNY Foundation Board of Directors

Philanthropy runs in Robert Zito’s blood. His late father was well-known as a philanthropist in Hudson County, New Jersey and 25 years ago, the two started Cento Amici (100 Friends), a New Jersey-based organization that gives out scholarships to students in need.

“My dad was very active,” Zito says. “He worked for his kids and for his family, but then he also helped anybody who needed it. He instilled that in me.”

While serving as the Executive Vice President of the New York Stock Exchange, Zito established the NYSE Fallen Heroes Fund. The Fund was born of a longstanding tradition on the floor of the Exchange, in which members would pass a hat to collect money each time a firefighter or police officer was killed in the line of duty.

“In 1998, two firefighters were killed in Brooklyn and NYSE Chairman Dick Grasso asked us to modernize the tradition.  So we created the NYSE Fallen Heroes Fund,” Zito says. “We said to the Floor, make a contribution and we will match it from the NYSE Foundation. In a week, we raised more than $100,000 from the Floor.”

The Fund launched with nearly $250,000 and Zito says, he assumed that if they gave a $20,000 check to the family of every fallen firefighter or police officer, “we’d never have anything to worry about if the money was invested well and if I did a drive every other year.”

On September 12, 2001, Zito says he was driving to a meeting of all the financial firms with Grasso, and reminded him of their commitment to the families of the firefighters and police officers killed.

“Without missing a beat, Dick said, ‘that’s not going to be a problem.’”

The market reopened on September 17, and that day, Zito says, he and several of his team members walked the Trading Floor reminding people of the Fund and its commitment.

“By the end of the week, I had more than $5 million,” Zito says, becoming emotional at the memory. “We matched that out of the Foundation and we started writing checks.”

Zito joined the Board of the FDNY Foundation in 2002, having become close with the FDNY in the days after 9/11.

“There’s very little I can do in my personal and family life to give something back to the FDNY – and the Port Authority Police and NYPD,” he says. “In what I do professionally, this is how I can give back.”

“Fire safety education is extremely important and the numbers speak for themselves about fire fatalities in New York,” he says. “The fact that we’re doing it in more languages is so representative of our city. It speaks to the understanding of the Department and the Foundation to realize the importance of reaching every New Yorker.”

Zito is also particularly passionate about the Foundation’s efforts to help the Department further train its members through programs like the FDNY Officers Management Institute (FOMI).

“It’s phenomenal that the officers of the FDNY have access to programs that help them learn how to deal with situations and management issues beyond dealing with their day-to-day heroic work of battling fires and saving lives,” he says. “And in no way am I diminishing the importance of that.  But in today’s environment, our firefighters deal with so many other things — terrorist threats…management issues…understanding a diverse public…media scrutiny…to name just a few. The more help and education we can provide, the better.”

Zito’s long professional career has given him ample tools with which to raise the profile of the FDNY Foundation. He began his career as a sports writer, worked for a large public relations firm, ran his own wholesale and retail pasta business and worked as a senior officer and in Management Committee positions at the New York Stock Exchange, Sony and Bristol-Myers Squibb. In 2010, he started his own business, Zito Partners, a corporate brand consulting firm. Most recently, Zito Partners teamed with Ketchum to form Ketchum Zito Financial, a financial communications public relations firm.

“My profession allows me to reach out to the advertising, marketing and communications communities in New York and remind them that there are ways to help the Foundation besides just writing a check,” Zito says, then adds with a laugh, “although checks are always appreciated.”

As he looks toward the future, Zito says he will work tirelessly to help the Foundation continue to support the work of the Department.

“The future is about keeping up with a developing Department,” he says. “Technology brings opportunities but also challenges. The way the city is changing brings challenges. The world we live in, especially terrorism – terqrorism here at home – brings new challenges. We have to help the Foundation support the Department so it can keep up with those challenges. That’s why we have to keep raising the money and do even more.”

And in the end, he says, it’s about supporting the men and women on the ground, doing the work of the FDNY.

For more information on the Board of Directors, click here. 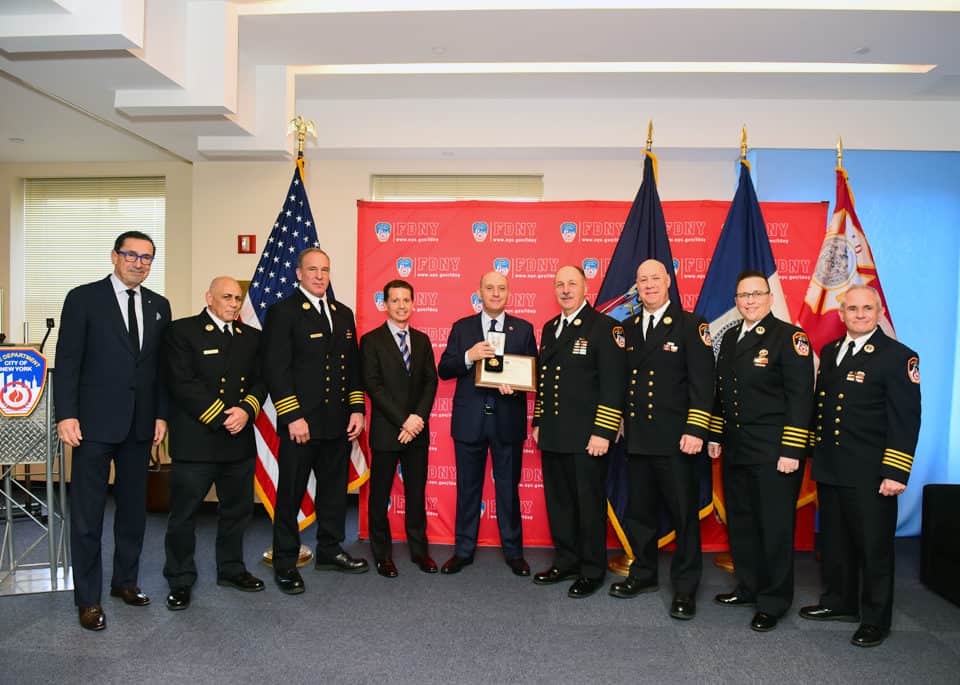