A longtime supporter of the FDNY Foundation has once again helped to honor the FDNY.

“On September 11th, the image of a kneeling Firefighter was seen countless times as FDNY members dropped to a knee from exhaustion, from heartache or to pause and remember the mentor, friend or loved one they had lost,” said Fire Commissioner Daniel A. Nigro. “This statue stands as a symbol of our commitment to never forget the supreme sacrifice of 343 FDNY members.”

In the immediate aftermath of September 11, the Milstein family placed the statue outside its Milford Plaza hotel, which provided first responders with accommodations, food and supplies. On the tenth anniversary of September 11, the Kneeling Firefighter was installed permanently on the plaza outside the headquarters of Emigrant Savings Bank.

“After September 11th, this statue stood as a beacon for Firefighters and first responders around the nation who came to help. There’s not a day that goes by that people don’t stop and pay tribute here to our first responders,” said Howard P. Milstein, Chairman of Milstein Properties and Emigrant Savings Bank. “We’re honored to celebrate the resilience, endurance, heroism and service of New York’s Bravest once again on the occasion of its 150th anniversary.”

In addition to their many philanthropic pursuits, Milstein and Emigrant have been staunch supporters of the FDNY Foundation. Following the 9/11 attacks, the Milstein family opened their buildings and hotels to assist FDNY members and other first responders working in rescue and recovery operations at Ground Zero.

Milstein and Emigrant also bestowed a gift of more than $2.3 million to first responders following Superstorm Sandy; these funds were used to aid more than 2,300 firefighters, police officers and other emergency personnel repair their homes and support their families impacted by the storm. Mr. Milstein was named an honorary FDNY Battalion Chief in 2012.

“Howard Milstein and the Milstein family have long been great supporters of the New York City Fire Department. In particular, after Hurricane Sandy, their donations helped so many FDNY families at a time when their own homes were so damaged,” said FDNY Chief of Department James Leonard. “I live on Staten Island, and at the time, I was the Brooklyn Borough Commander, so I can tell you how much that help meant to so many of our members as they continued to work day and night to help those boroughs get back on their feet.”

“For many years, the Foundation has been the recipient of incredible generosity from Howard Milstein, the Milstein family and Emigrant Savings Bank,” said FDNY Foundation Chairman Stephen Ruzow. “We could not be more grateful to them for their years of support and for their dedication to the FDNY Foundation and to the Fire Department of the City of New York.”

“The kindness of our partners in this city is tremendous,” said FDNY Foundation Executive Director Jean O’Shea. “The Milstein family has a long tradition of honoring the FDNY and we are so honored to have their support once again, as they celebrate the Department’s milestone year.”

Also at the ceremony, Archbishop of New York, Timothy Cardinal Dolan, delivered the invocation and blessed a plaque of the “Firefighter’s Prayer,” which will be displayed at FDNY Headquarters. State Senator Daniel Squadron presented the Department with a Senate Resolution commemorating the FDNY’s 150th Anniversary.

"After September 11th, this statue stood as a beacon for Firefighters and first responders around the nation who came to help. There's not a day that goes by that people don't stop and pay tribute here to our first responders. We’re honored to celebrate the resilience, endurance, heroism and service of New York’s Bravest once again on the occasion of its 150th anniversary." 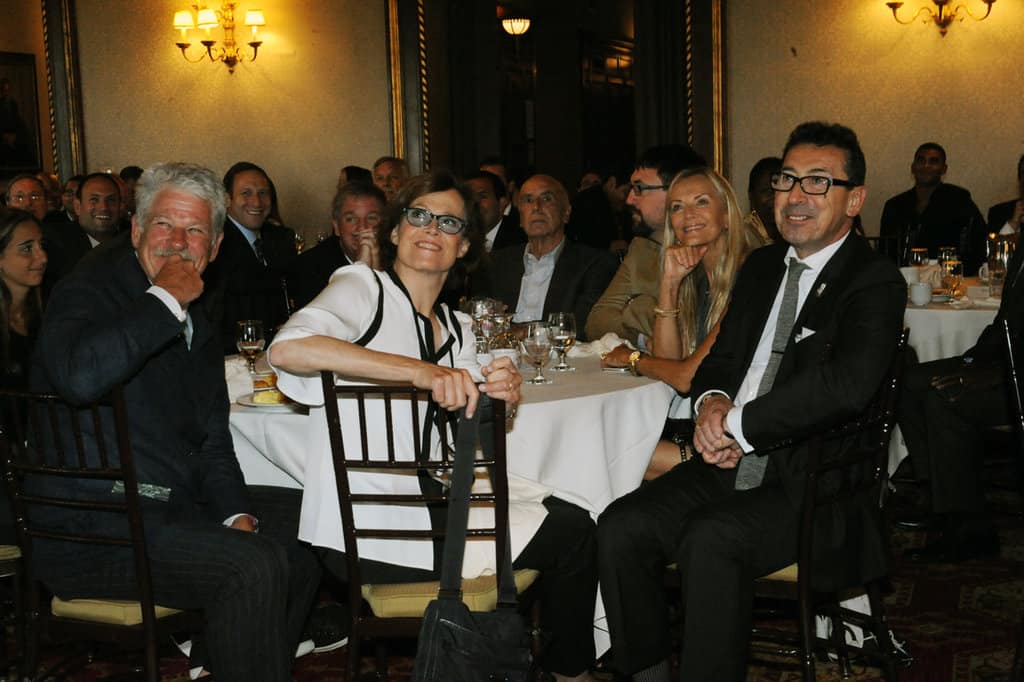