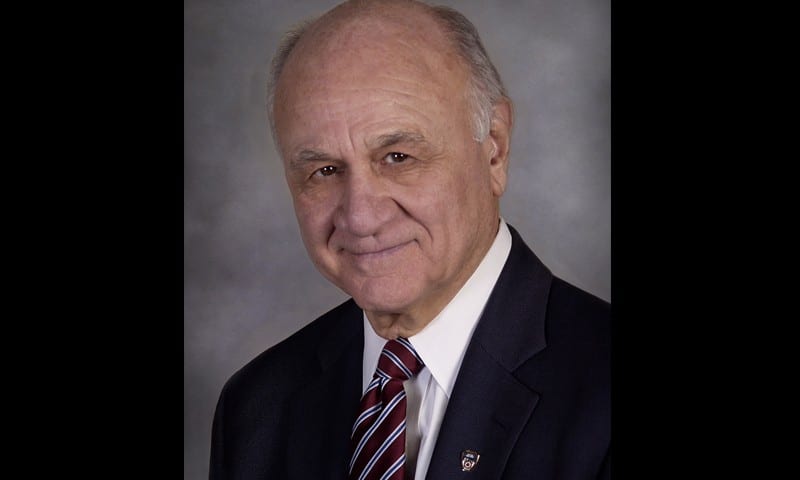 New York City Mayor Michael Bloomberg appointed Nicholas Scoppetta the 31st Commissioner of the Fire Department of New York in January 2002, a position which he held until January 1, 2010. Commissioner Scoppetta headed a 16,000 member department, encompassing fire services and Emergency Medical Services, with a budget in excess of a billion dollars. His leadership abilities played a vital role in strengthening and rebuilding the Department after September 11th.

“As Fire Commissioner, Nicholas Scoppetta was instrumental to rebuilding the FDNY during a time of unimaginable loss and devastation,” said Fire Commissioner Daniel Nigro. “The Department is stronger today thanks to his leadership in the years following September 11th. He was truly a public servant without peer, and we deeply mourn his loss.”

Commissioner Scoppetta was a former Deputy Mayor and Commissioner of Investigation for the City of New York. He was born on the Lower East Side of Manhattan. When he was five-years-old he was placed in a children’s shelter and lived in various foster care institutions until he turned 12. He attended public schools in Manhattan. Upon graduation from law school, he was appointed an Assistant District Attorney in New York County. He also served as Associate Counsel to the Knapp Commission and an Assistant US Attorney for the Southern District of New York, and as the Deputy Independent Counsel in the investigation and prosecution of a former Special Assistant to the President of the United States.

Upon Commissioner Scoppetta’s retirement from the FDNY, he wrote in a farewell letter to the Department: “After 47 years in government and public service, there has been no greater reward than to have helped rebuild the Fire Department in the aftermath of 9/11.”

In a statement, the family of Former Commissioner Scoppetta – his children, Eric and Andrea – said: “We are saddened at the passing of our beloved father after a long illness that he fought so bravely. He was our dad and, along with our mom, Susan, the very center of our family. Yet, he also shared so much of himself with many people he worked with during a half century of public service – and we know this is a loss for them as well. We’re so proud of our father and his accomplishments, in law enforcement, his work protecting the City’s vulnerable children, and his devotion to rebuilding the devastated FDNY after 9/11. His contributions are immeasurable. To all of his endeavors he gave himself fully, with a devotion and passion commensurate with the love and support he had as a husband, father and grandfather. We miss him – and we always will.”

The family added that the Former Commissioner founded New Yorkers for Children, which supports children in foster care, and also served on the Board of the FDNY Foundation. In lieu of flowers, they said, they would be most grateful for anyone seeking to honor and remember his service to further the work of these organizations through contributions in his name.

"On behalf of the Board of Directors of the FDNY Foundation, I join the FDNY in honoring the life and career of Former FDNY Fire Commissioner Nicholas Scoppetta. We were privileged to have him serve alongside us on the FDNY Foundation Board of Directors and to continue to offer his counsel long after his storied career with the FDNY. Together with the Department, we mourn this great loss."