In the wake of a tragic fire in Queens that left five people dead – including young children – the FDNY Foundation is joining the FDNY in reminding New Yorkers to follow critical safety tips that could save their lives.

The fire broke out in Queens Village on Sun., April 23. Five people were killed, including four children. This is the worst loss of life in a fire in New York City since a tragic fire in Brooklyn in March of 2015 that took the lives of seven children, ranging in ages from five to sixteen.

“Our job now is to get down to the bottom of what happened and do everything we can to make sure that no family ever suffers like this again,” said Mayor Bill de Blasio. “The FDNY is going through a lot this week, but they came out in full force to serve New Yorkers. We are incredibly grateful.”

“Our Firefighters made a very daring and valiant push into that building to try to save the residents,” said Fire Commissioner Daniel A. Nigro. “They did all that they could and more to try to save these children. It’s a very sad day for the people of our city when five promising young lives are taken from us.”

The FDNY is sending the Foundation-funded FDNY Fire Safety Education Team to the neighborhood for several days, where members of the Department will be handing out safety information and talking with residents about ways to stay safe. On Monday, the team installed smoke alarms in homes throughout the neighborhood with the help of Red Cross New York.

“This is an incredibly tragic event. Our teams are with the people in this neighborhood, reaching out with safety information, trying to ensure they have the tools they need to keep themselves safe,” said Lieutenant Anthony Mancuso, Director of Fire Safety Education. “We want to stress a most critical lesson: an operable smoke alarm can cut your chances of dying in a fire nearly in half. This is information that can help save a life.”

The Fire Safety Response Team is one of the most important aspects of the FDNY. The team moves into action after fatal fires and promotes fire safety within the affected community. They share fire safety statistics, as well as teach people how to both respond to and avoid a similar tragedy.

Along with the timely work of the Fire Safety Response Team, the Fire Safety Education Unit also heads an ongoing smoke alarm program. Mancuso says approximately 9,000 smoke alarms have been distributed every year for the last 10 years.

One of the fundamental missions of the Foundation is to help the Department empower the public to protect their lives and property during fire emergencies, and to help prevent fires by promoting safe practices and techniques. Through the FDNY Fire Safety Education Program, members teach strategies that reduce fire deaths and injuries and focus on fire prevention.

“Following an unimaginable loss with the line of duty death of Firefighter William N. Tolley, we saw the FDNY come out once again on Sunday to try to rescue the people trapped inside their home in Queens. Without thinking of their own sacrifice, they jumped into action,” said FDNY Foundation Chairman Stephen Ruzow. “Our mission is to support their work and to honor every sacrifice by making sure they have the tools and the funds they need to save lives.”

Fire marshals are working to determine the cause of the fire.

"Our Firefighters made a very daring and valiant push into that building to try to save the residents. They did all that they could and more to try to save these children. It's a very sad day for the people of our city when five promising young lives are taken from us." 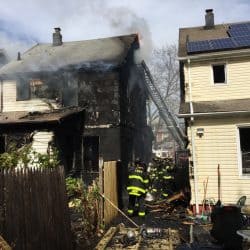 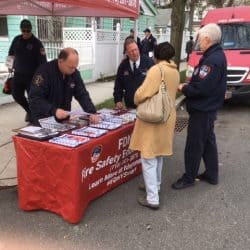 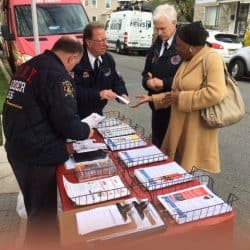