The FDNY Foundation joined the FDNY and the Leary Firefighters Foundation to mark International Firefighters Day on Thurs., May 4 at the Fire Academy on Randall’s Island.

Actor and longtime FDNY supporter Denis Leary approached the FDNY Foundation about hosting a Firefighter for a Day event at FDNY training facility to raise funds for the firefighter leadership program he funds across the country.

“It is such an honor and a privilege to be invited to use these facilities, which is by far the finest training facility on the planet and serving the best fire department on the planet,” said Leary. “For us to be invited here, to be side by side with New York City Firefighters, first of all, I’m so honored and privileged to be able to do it but really, I can’t thank you enough for letting us do this. It’s really fantastic for us.”

The Leary Firefighters Foundation was established in 2000 by Leary in response to a tragic fire in Worcester, MA that claimed the lives of his cousin, a childhood friend and four other firefighters. The mission of the Foundation is to provide funding and resources for fire departments to obtain the best available equipment, technology and training.

The Leary Firefighters Foundation partnered with the FDNY Foundation in 2009 to open the Training Academy’s Hi-Rise Simulator. The $4.2 million simulator greatly enhanced the training experience for members of the FDNY, improving the Department’s ability to respond to hi-rise emergencies.

“Each day, our Firefighters work in that building – it makes them more prepared, it makes them safer and it improves our Department’s abilities to respond to hi-rise emergencies and save lives,” said Fire Commissioner Daniel A. Nigro. “In a vertical city like ours, it is an invaluable tool – and every Department member past, present, and still to come is so grateful for the Leary and FDNY Foundation’s investments in them.”

“Since it was constructed, every Probationary Firefighter to pass through this academy has worked in that simulator,” said FDNY Chief of Department James E. Leonard. “It’s an integral part of our training, it helps us save lives and makes our members safer and for that we are so grateful.”

The day at the Rock started out with “Good Morning America” anchors Michael Strahan and Jesse Palmer taking on the Firefighter for a Day challenge. Later, eight of Leary’s “Rescue Me” costars – including Michael J. Fox – joined celebrities Brian Williams, Julianna Margulies and Rachael Ray, who experienced first-hand what it’s like to train to be a firefighter.

“Training is the key to all of the success in our Department – and it all starts here,” said Chief Leonard. “The instructors here at the Fire Academy are responsible for training hundreds of new Probationary Firefighters each year, making sure they are ready on day one to save a life. They all learned here. And each of you is going to go through the same evolutions today that they went through.”

As a part of the event, the Leary Firefighters Foundation and Ford donated a truck to the FDNY Foundation for use at the Training Academy.

“An integral part of our mission is one we share with the Leary Firefighters Foundation,” said FDNY Foundation Chairman Stephen Ruzow. “Along with funding the FDNY’s educational outreach initiatives, we are deeply committed to the training of the members of the FDNY and to providing the Department with enhanced equipment and technology that allows its members to protect the people of New York City. We are grateful to partner with this organization that shares our goal of supporting the men and women who keep us safe and ensuring they have the tools they need as they respond to each and every call.”

“Firefighting is a dangerous job,” said Commissioner Nigro. “It requires an extraordinary amount of training and all of us are grateful to have such great friends at the Leary Foundation and at Ford, who are lending their support here today.”

"It is such an honor and a privilege to be invited to use these facilities, which is by far the finest training facility on the planet and serving the best fire department on the planet. For us to be invited here, to be side by side with New York City Firefighters, first of all, I'm so honored and privileged to be able to do it but really, I can't thank you enough for letting us do this. It's really fantastic for us." 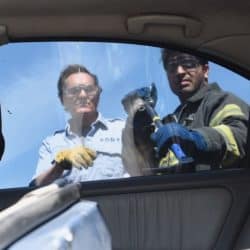 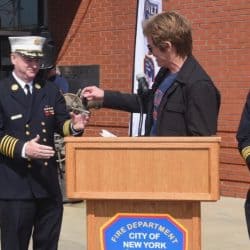 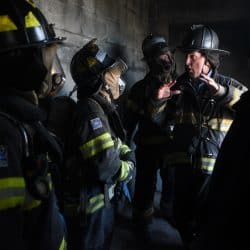 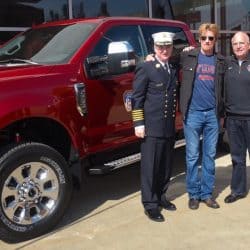 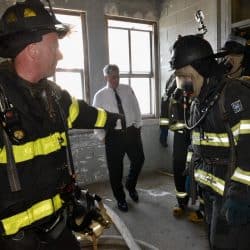 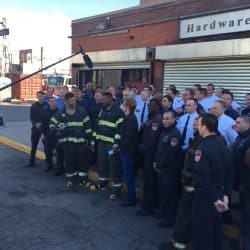 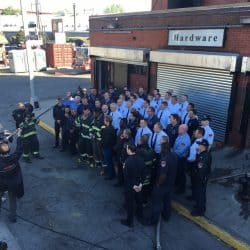 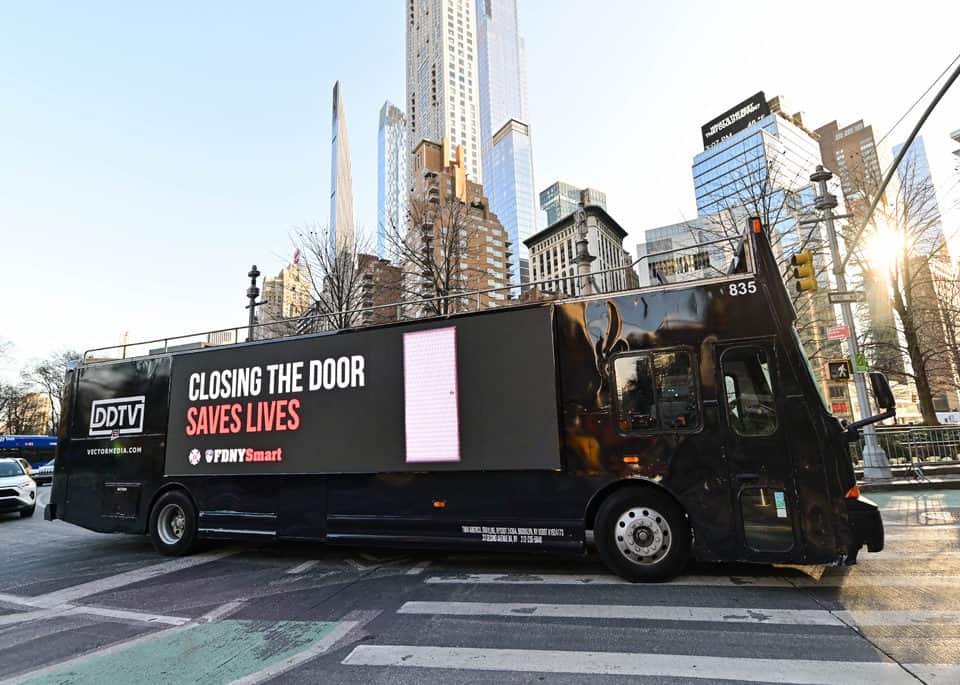