The 22nd Annual FDNY Dinner brought in record funds to support the life-saving work of the FDNY. The dinner took place at the New York Hilton in Manhattan on Thurs., May 11.

The dinner is held every year to honor individuals and businesses who have provided overwhelming support to the Fire Department of New York.

“You have helped us achieve unprecedented success for the Department,” said Fire Commissioner Daniel A. Nigro. “Last year, thanks to your support, New York City experienced the fewest fire deaths ever recorded. With your help – we are making a difference.”

“The Foundation’s unbelievable efforts and many generous partners have helped improve the training, safety, fitness and well-being of our members by investing in them and providing critical equipment, technology and resources,” said FDNY Chief of Department James E. Leonard. “On behalf of every FDNY member who proudly wears this uniform, thank you for all you do to help us better protect New York.”

“We have been proud to offer the department our continuing support through your generosity,” said FDNY Foundation Board Chairman Stephen Ruzow. “You have allowed the FDNY to participate in special events around the city, to throw open the doors of its firehouses and EMS stations and to invite members of its communities inside, to provide fitness and training equipment, education scholarships and much more. All this while keeping fire deaths at historic lows, despite a record 1.7 million calls.”

“The money we raise here tonight and year-round allows us to fund community outreach and critical fire and life safety education,” said FDNY Foundation Board Vice Chairman Robert Zito. “We recently saw a fire take the lives of five people in Queens. Your support allows for FDNY initiatives like the Fire Safety Education Team, which spread out in that neighborhood, both handing out and installing alarms and making sure members of the community had the fire safety information they needed to keep themselves safe.”

An incredible supporter of the FDNY, Dracopoulos recently got an up-close look at the work of the Department by visiting Engine 39 Ladder 16 in Manhattan with his three children, who met firefighters, toured the company and tried on bunker gear before watching the companies respond to several calls.

“We have a deep respect for public service and those who practice it,” said Dracopoulos.

Steven Fisher is the President and Founder of Fisher Capital Investments, a private investment firm he established in 2014.

Fisher is a fourth generation member of the Fisher Family, one of New York City’s legendary real estate families. The Fisher Family is well-known in New York City for its deep philanthropic commitment to community, devoted to building strong relationships and reinvesting in the communities they operate in.

Mr. Fisher is a devoted supporter of the FDNY. He spent time at Engine 8 Ladder 2 in midtown Manhattan where he witnessed the company respond to numerous calls. He also toured the company and had the opportunity to participate in a downed Firefighter demonstration, in which Mr. Fisher, in quick order, helped locate the missing member.

Additionally, the FDNY Service Recognition Award was presented to the members of the FDNY Counterterrorism Task Force.

The mission of the Task Force is to enter into potentially still active scenes – either active shooter or other terrorism-related scenarios – under the force protection of law enforcement to rapidly assess, triage and remove critically injured people. The Task Force has two major components, Borough Task Forces, ready to be deployed at large, pre-planned events and Division Task Forces, on call 24/7/365 to respond to citywide emergencies.

Just days after the FDNY rolled out the plan for this task force last September, a homemade bomb exploded in Chelsea, injuring dozens of people. These brave members responded and since then, are always on call and are ready to respond in a moment’s notice .

In October 2015, a fatal gas explosion nearby killed two people and injured others. Several months later, a bagel store across the street from the school was destroyed in a fire.

“The kids were terrified,” said Principal Erica Steinberg. “They didn’t know how to handle it and started asking questions about what they should be doing.”

The school’s Parent Coordinator, Solange Cisneros-Steinert and Principal Steinberg connected with the FDNY’s Fire Safety Education Team and worked to put on workshops for parents and students. The team also came to the school’s Parent-Teacher Conferences, reaching more than 600 people. Traditional classroom presentations also reached more than 300 students from Pre-K to fifth grade.

“The children’s fear was calmed by education,” said Chief Leonard. “They now knew what to do, and also, what not to do, and those lessons will keep them safe now and for years to come. The Cesar Rodney School is now trying to pay it forward and working with nearby schools to help other students develop similar programs. This is the incredible impact the FDNY Foundation makes in our city – teaching the most vulnerable among us, our children – and helping to keep them safe.”

The event raised a record, more than $3 million for the Foundation, which supports FDNY fire and life safety education efforts, as well as education, training and equipment for members of the FDNY.

“This money makes a huge difference,” said Ruzow. “The money we raise allows us to fund advanced training, equipment and technology to assist the hard working members of the FDNY each and every day to save lives. Our work does not end tonight. We must keep expanding these programs, reaching new audiences and keeping more people safe.”

“On behalf of every FDNY member,” said Commissioner Nigro, “I want to thank the board of the Foundation, tonight’s honorees and every one of you for your friendship and steadfast commitment to the Department.”

To answer the call to support the Greatest Fire Department in the World, please click here.

Click here to view a full gallery of photos from the evening.

"We have a deep respect for public service and those who practice it." 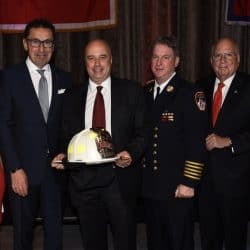 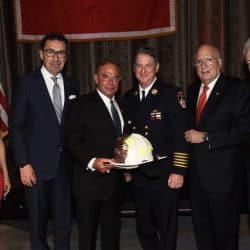 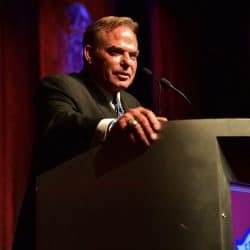 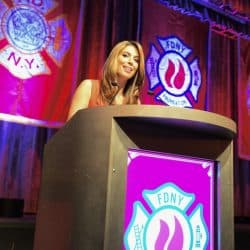 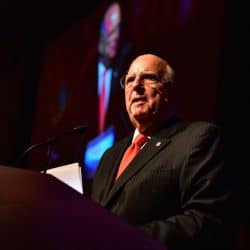 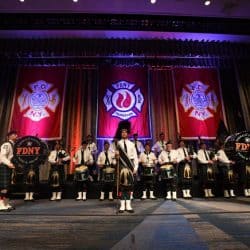 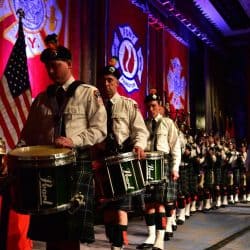 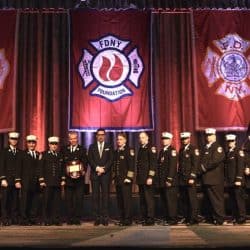 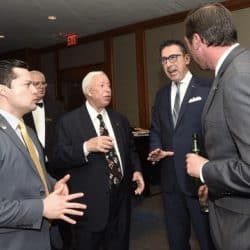 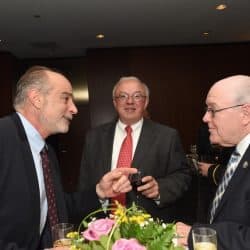 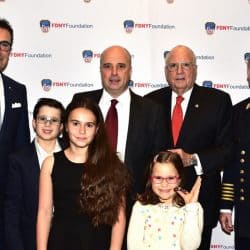 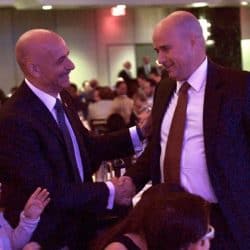 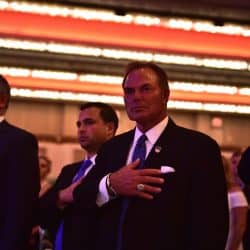 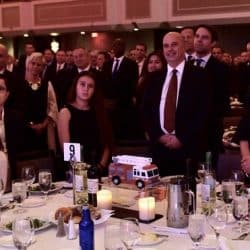 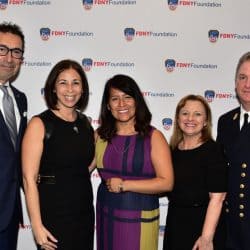